Hey Kids, Let’s Cook! is an innovative Award-Winning cooking show created just for kids and teens. First airing on PBS in 2006, with eight seasons and over eighty six episodes, Hey Kid’s Let’s Cook has reached a national audience including major metropolitan areas; Los Angeles, San Francisco, Chicago and New York. Hey Kid’s Let’s Cook has had the invitations to film at The White House, the California Sonoma Raceway featuring NASCAR driver Marcos Ambrose, and has been featured in national magazines and newspapers. This ½ hour series helps children and teens to develop cooking skills, while demonstrating how to make delicious recipes.

The series utilizes a multidisciplinary approach that is all about fun in the kitchen:

Based on nutrition and teaches kids:

Anytime kids are in the kitchen they are growing and learning through naturally  integrated Common Core curriculum: 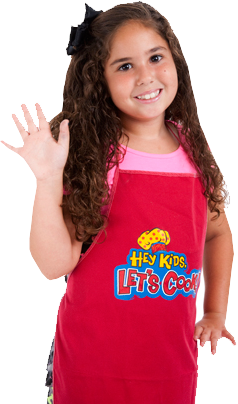 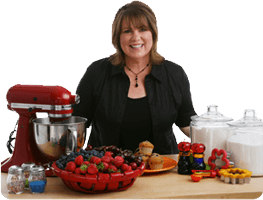 About the Executive Producer and Creator

Kathy Powers is an Award Winning Educator and Professor, holding a Master’s Degree in English Language Arts and a Reading Specialist Credential from Fresno, California.  Kathy has over thirty years of experience teaching Foods and Nutrition and Reading to over eight thousand primary age children, Middle School, High School, and University students.  Kathy loves teaching children new skills and she believes in teaching children how to be confident in the kitchen, explore foods and gain cooking skills and have fun at the same time. From her personal perspective, and raising three daughters, Kathy felt that there was a tremendous need to teach children healthy eating habits and aid them in making nutritious food choices that they could carry with them into the future.  Kathy has personally and solely raised over one and a half million dollars to bring this imaginative show to children.

I am grateful for our fan’s support as we to continue our dynamic show!